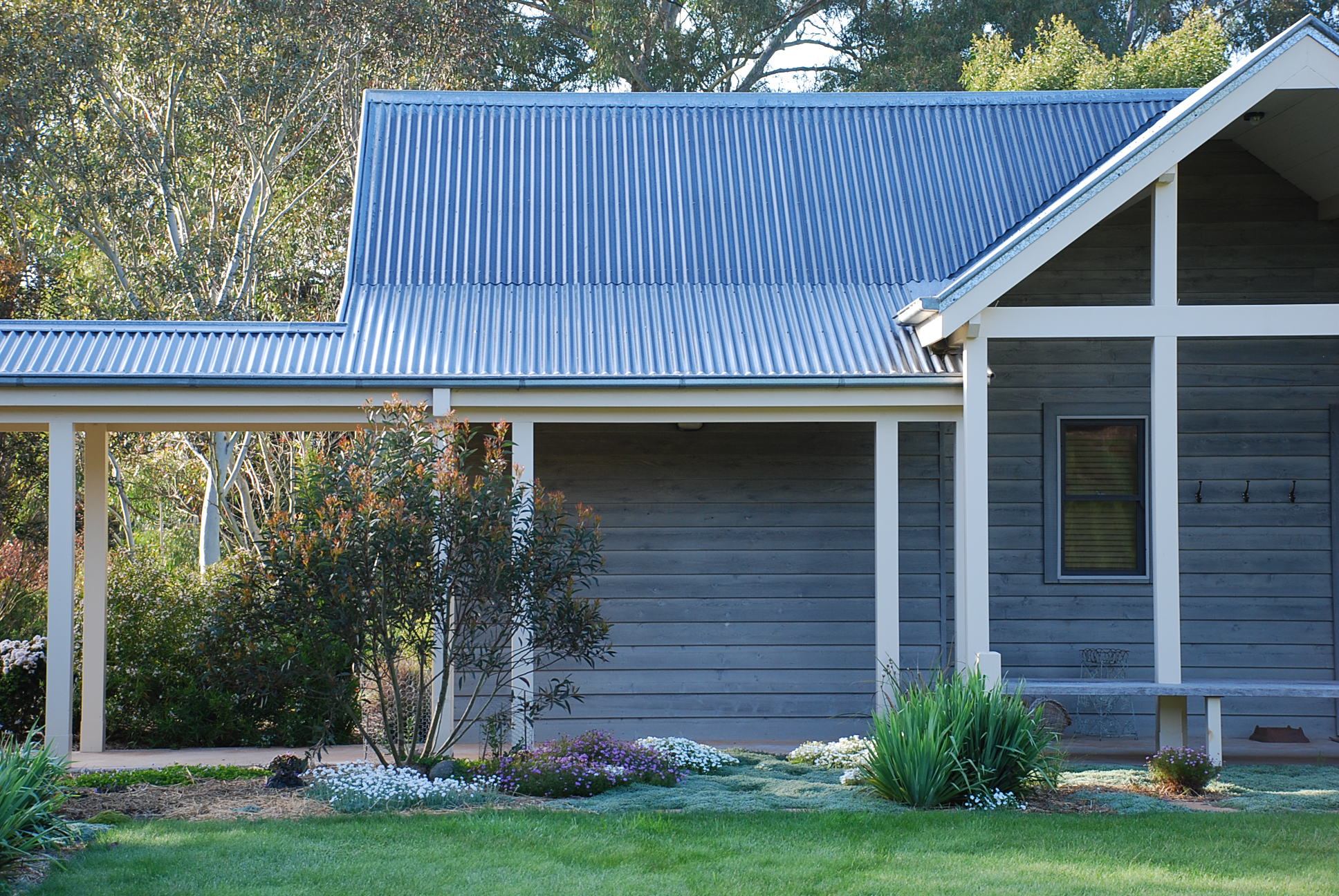 Landscape Detailing – original design and establishment by others (2007 – current)

This beautifully proportioned rendered brick and timber residence is nestled into the lush native vegetation on the edge of Burrawang in the NSW Southern Highlands. After the house was constructed and the fundamental elements of the landscape were established, the owners sought to fine-tune some of the details. It all started with the reworking of a single element; an existing timber seat built around verandah posts facing south and inwards towards the house. The seat was at the edge of the entrance garden, but isolated from it by planting. To allow it to become more usable, the seat was extended to the north into the entrance garden with the previously taller native grasses replaced by stepping stones and low ground covers to provide easy access. This seat is now an inviting spot to enjoy the entrance garden which is now alpine in character.

Following the successful transformation of this area, other elements have been added and new areas developed. The planting is predominantly native, merging with its surroundings. Some carefully chosen exotic planting have been included closer to the house, however, it is subtle in character. This is a highlands garden that is traditional, but to many, unexpected, which could be due to the absence of Camellias, Buxus or Agapanthus. Work on this garden is ongoing.